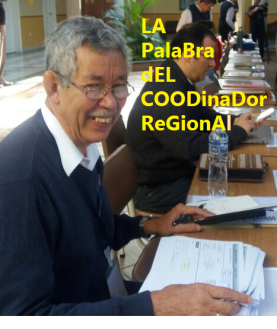 500 years ago (plus 1 month) on 31 October 1517 an Augustinian priest, Martin Luther, wrote to his Archbishop of Mainz and Magdeburg in Germany, setting out 95 serious concerns he had over policies of the Catholic Church at the time, headed by his criticism of the sale of documented guarantees called “indulgences” intended to free souls from purgatory on the payment of donations which were being collected across Europe to fund the building of the costly St Peter´s Basilica in Rome.

Luther was particularly critical of a statement attributed the Vatican’s fundraising envoy, Germany Dominican Friar Johann Tetzel that “As soon as the coin in the coffer rings, the soul from purgatory springs” and in his 85th complaint to his archbishop Luther questioned, “Why does the pope, whose wealth today is greater than the wealth of the richest Roman, build the basilica of St. Peter with the money of poor believers rather than with his own money?”

Luther insisted that, since forgiveness was God’s alone to grant, those who claimed that indulgences absolved buyers from all punishments and granted them salvation were in error. Christians, he said, must not slacken in following Christ because of such false assurances.

According to popular tradition, on the same 31 Oct 1517,  (now commemorated by Protestants as Reformation Day) Luther nailed a copy of his 95 “theses” on the door of the All Saints Church in Wittenberg, as was then the custom for important church notices, sparking a historic upheaval in Europe called the “Protestant Reformation” that split Western Christianity into Catholics and Protestants and contributed to millions of deaths in wars, persecution, famine and massacres across Europe over the next 3 centuries.

On 31 October 1999, representatives  of the Roman Catholic Church and the Lutheran World Federation signed the Joint Declaration on the Doctrine of Justification regarding some of the issues at the root of the Reformation. In 2013, the Joint International Commission between representatives of the Catholic Church and the Lutheran World Federation published a report entitled “From Conflict to Communion” paving the way for the “Lutheran-Catholic Common Commemoration of the Reformation in 2017.”

Speaking in Lund, Sweden earlier this year as part of the year of commemoration, Pope Francis told an international audience that Luther’s own spiritual experience, in which he was haunted by the question of how to obtain God’s mercy, “is the decisive question for our lives,” He added that in the concept of “by grace alone” Luther “reminds us that God always takes the initiative, prior to any human response, even as he seeks to awaken that response.”

The declaration on justification says that both Catholics and Lutherans confess that “by grace alone, in faith and in Christ’s saving work and not because of any merit on our part, we are accepted by God and receive the Holy Spirit.”

As he inaugurated   a joint conference of Lutheran and Catholic leaders in Rome in March, Pope Francis noted that “After 50 years of official ecumenical dialogue between Catholics and Lutherans, we have succeeded in clearly articulating points of view which today we agree on. For this we are grateful.”

“At the same time, we keep alive in our hearts sincere contrition for our faults,” the Pope said. “In this spirit, we recalled in Lund that the intention of Martin Luther 500 years ago was to renew the Church, not divide Her.”

Pope Francis said, “an attentive and rigorous study, free of prejudice and polemics” is the correct way to find “all that was positive and legitimate in the Reformation, while distancing themselves from errors, extremes and failures, and acknowledging the sins that led to the division.”

He said, “the past cannot be changed”, but “it is possible to engage in a purification of memory”, that is, to “tell that history differently”.

Another major acknowledgement of the positive legacy of Martin Luther has been the recognition of the supreme importance he placed on the Bible in the life of the Church, and his monumental work in translating the bible into his native German and making it widely available through the recently invented printing press.

Writing about his work, Luther noted, “It is not possible to reproduce a foreign idiom in one’s native tongue,” he wrote. “The proper method of translation is to select the most fitting terms according to the usage of the language adopted. To translate properly is to render the spirit of a foreign language into our own idiom. I try to speak as people do in the market place. In rendering Moses, I make him so German that no one would suspect he was a Jew.”

“The Bible is alive, it speaks to me; it has feet, it runs after me; it has hands, it lays hold of me.”

One of the major fruits of ecumenical dialogue in recent decades, highlighted and prioritized in the deliberations and documents of II Vatican Council has been the promotion in the Catholic Church of the study, prayer and love of the Word of God which so laid hold of Luther.

The transition “From Conflict to Communion” in relations between religious denominations and faiths also has its implications for other conflicts in the social and political arena as well as at the interpersonal, family and community level

Francis´ reminder that “the past cannot be changed”, but “it is possible to engage in a purification of memory”, and to “tell that history differently”, points the way to genuine forgiveness and reconciliation at all levels of society.

Who doesn’t need some purification of memory?